The 15 best dramas on Disney+ to stir your feels 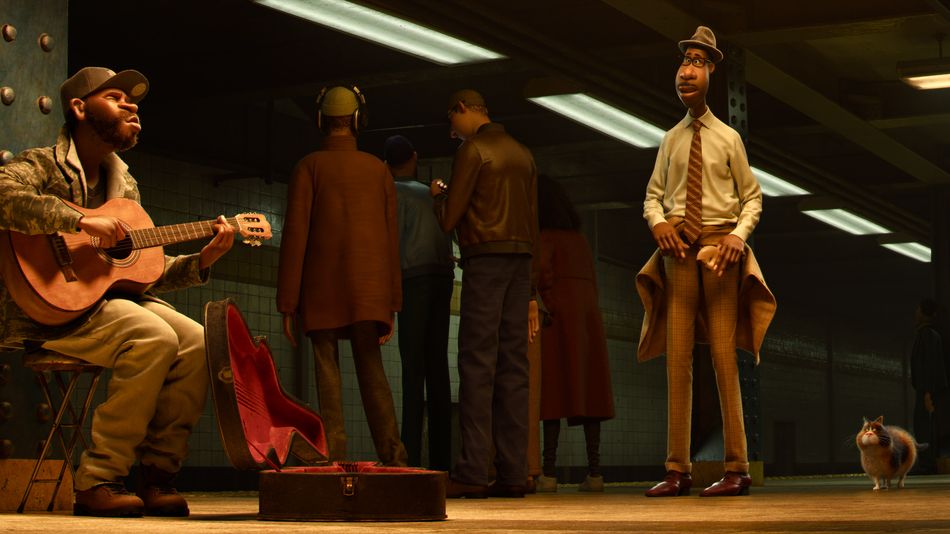 Looking for a movie that really moves you? Try one of the dramas on Disney+. The streaming service offers a range of family-friendly films that can be enjoyed by viewers of all ages and interests. Whether you’re looking for a compelling period piece, an enchanting musical, or a riveting sports story, Disney+ has something to satisfy your itch for a dramatic tale.  So get your emotions ready because here are the best dramas on Disney+ right now.

This fanciful dramedy brings mature sensibilities to the Winnie the Pooh franchise. In it, a grown-up Christopher Robin (Ewan McGregor), now living in London, is brought back to his roots after he receives a surprise visit from his childhood friend, Winnie the Pooh. Read more...More about Entertainment, Disney Plus, Entertainment, and Movies Tv Shows
It was tough, but we found the 21 best movies on HBO Max 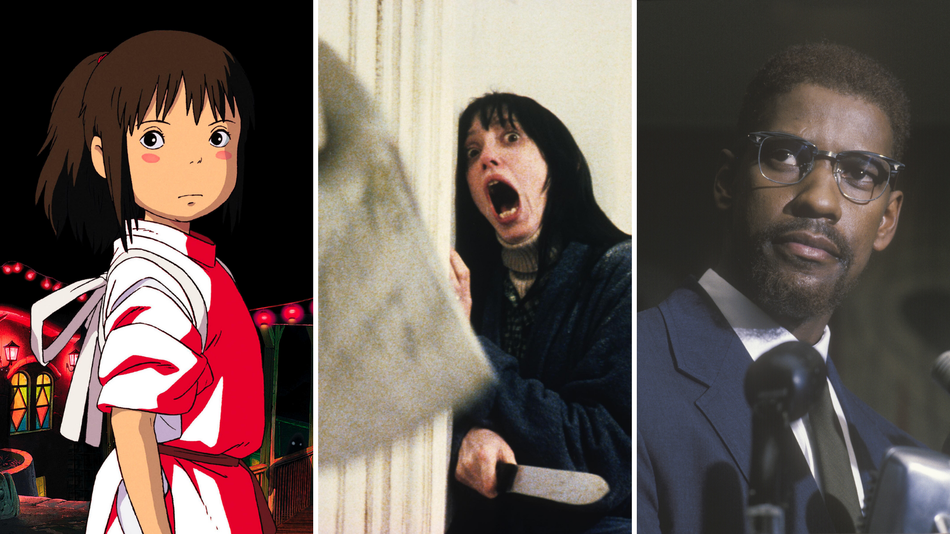 When HBO Max launched in May of 2020 boasting thousands of hours of content, they weren't lying.  The streaming service that came into our lives by way of yanking Friends from Netflix has proved to be an endless source of movie magic, with hallowed Hollywood favorites in the Turner Classic Movies collection to the works of directors like Kubrick, Hitchcock, Miyazaki, and Kurosawa.  Picking the best (and distinguishing them from our personal favorites) was no easy task, but we somehow managed. In no particular order, here are the 21 best movies on HBO Max.

It's daunting to pick just one Batman movie from the literal dozens available on HBO Max, but in the end the top spot could only go to 2008’s The Dark Knight, written and directed by Christopher Nolan (Mask of the Phantasm, we will avenge you — someday).  Read more...More about Movies, Hbo Max, Entertainment, and Movies Tv Shows
What will Apple unveil at their 4/20 event? 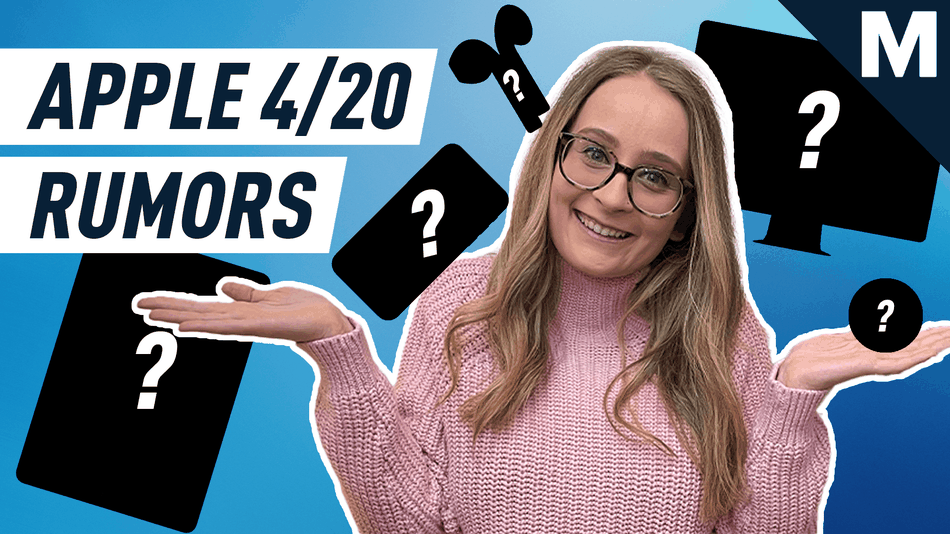 Apple leaked their latest event date a little early, but what other leaks will prove true? Dive in with us to find out what we expect to see on 4/20! Read more...More about Apple, Ipad, Mashable Video, Apple Event, and 420
Facebook's most popular post about the J & J COVID vaccine was posted by a conspiracy theorist 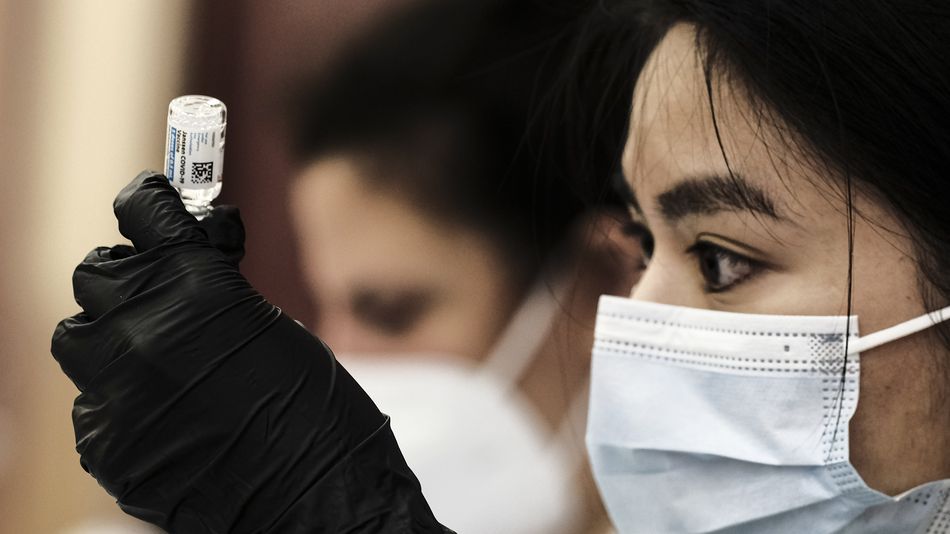 Anti-vaxxers are having a field day with the Johnson & Johnson COVID-19 vaccine news that broke earlier this week. And that news is helping them go viral on Facebook. The most popular Facebook post sharing a link about the vaccine this week belongs to a conspiracy theorist who goes by the name An0maly. According to NPR, the post from the self-described "news analyst and hip-hop artist" was more popular than stories shared by CNN, ABC News, The New York Times, and Fox News. An0maly has a history of spreading right-wing conspiracy theories across social media. While some of his previous posts have been removed or restricted — according to him — he has been able to maintain accounts on major platforms like Facebook, Twitter, and YouTube.  Read more...More about Facebook, Conspiracy Theories, Misinformation, Covid 19, and Tech
Spotify launches voice-controlled 'Car Thing' 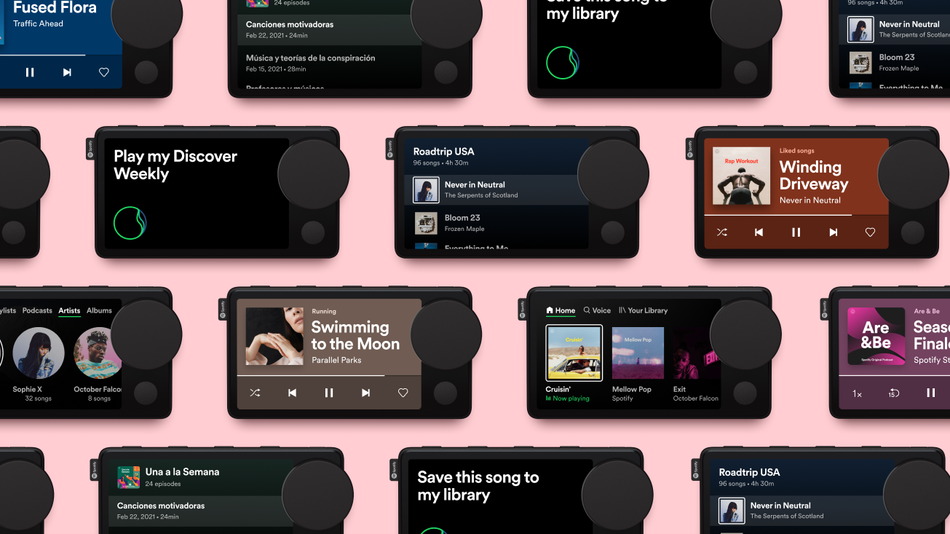 Whether your road trip soundtracks consist of music, news, entertainment, or talk, Spotify's Car Thing has you covered. The new smart player, currently available to select users in the U.S., puts your audio library just a voice command, tap, turn, or swipe away. "Car Thing enables you to play your favorite audio faster, so you're already listening to that hit song or the latest podcast episode before you've even pulled out of the driveway," according to a Spotify blog announcement. "Switching between your favorite audio is effortless, allowing you to shift gears to something else as soon as the mood strikes." Read more...More about Spotify, Tech, Streaming Services, and Transportation
'The Falcon and the Winter Soldier' introduced another surprising new villain 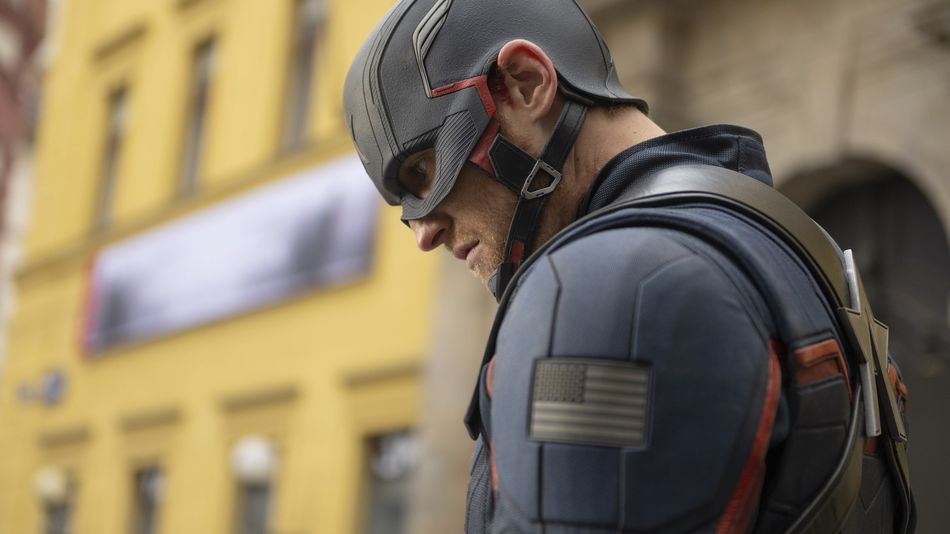 Just when it seemed like The Falcon and the Winter Soldier had all of its players set up for the endgame, episode 5 threw a curveball that changed the MCU playbook again. That curveball was Julia Louis-Dreyfus appearing as Contessa Valentina Allegra de Fontaine, sometimes known as Madame Hydra.   Valentina shows up early in the episode, after John Walker is stripped of his Captain America title and discharged without honor as a consequence of the cold-blooded murder he committed at the end of episode 4. It was evident in that episode that Walker took the last vial of super soldier serum for himself and is now a hot commodity for people who might be interested in his newly developed skills. One of those people is Contessa Valentina Allegra de Fontaine, who assures Walker that the next time she calls him, he's going to want to pick up the phone. Read more...More about Disney, The Falcon And The Winter Soldier, Entertainment, and Movies Tv Shows
We want to swim with this slithering, underwater robot snake — Strictly Robots 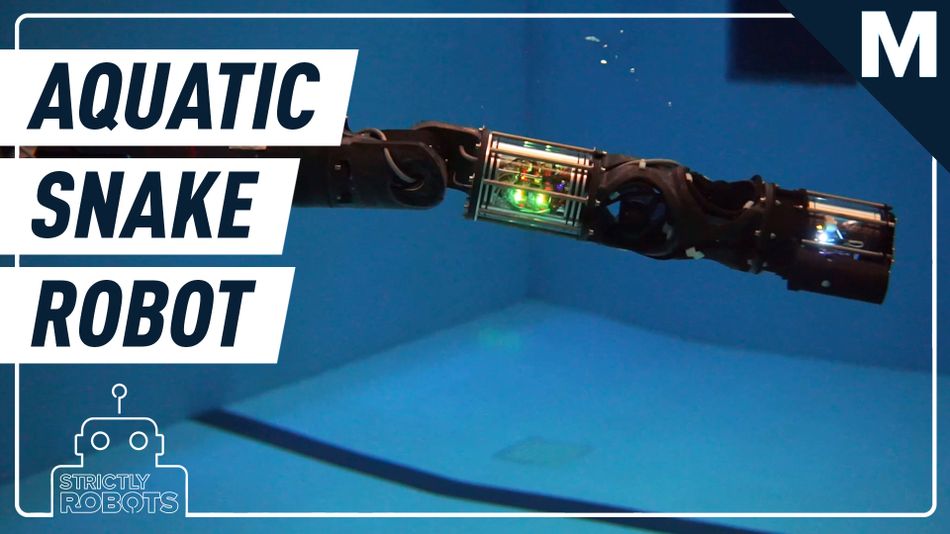 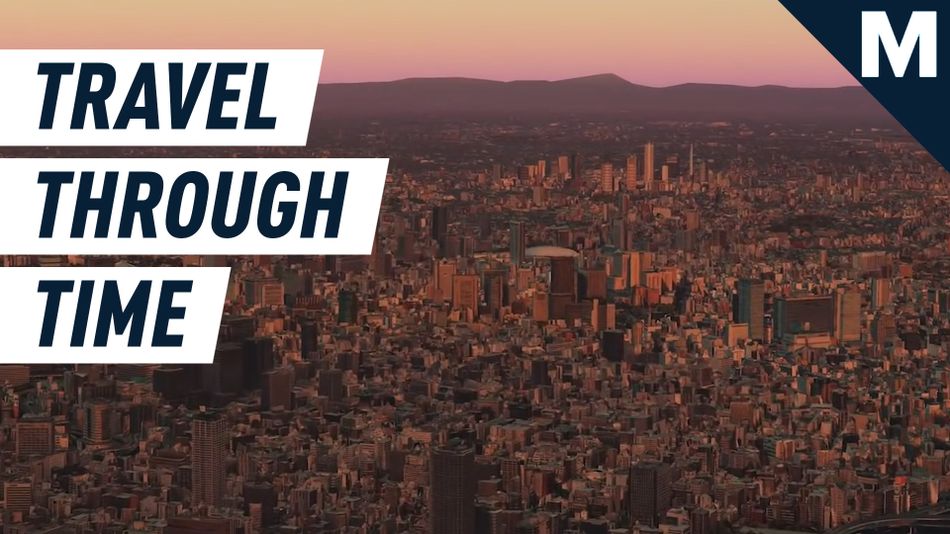 Google Earth unveiled a new feature, Timelapse, that lets you see how much humans have changed the planet over the course of nearly 40 years.  Read more...More about Mashable Video, Timelapse, Time Travel, Google Earth, and Google Earth Timelapse
Rock and work (for short periods) in the Tic Toc Chair 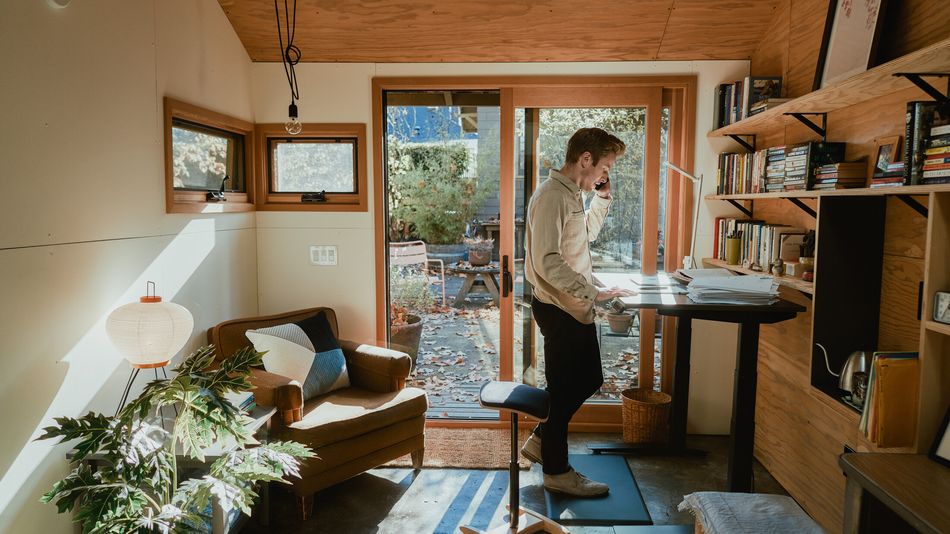 I would like to say the Tic Toc chair – a rockable stool made by Fully – is a game-changer in your work from home life. Alas, before I can extol its virtues, I need to take a walk so feeling can return to my ass. Read more... Tic Toc Chair $249 View Product The Good Small profile • Versatile • Being able to fidget is nice • Good for smaller people The Bad Uncomfortable with prolonged use • Weight limit is 220 lbs. The Bottom Line A serviceable stool that works better than an office chair, but has quirks of its own. ⚡ Mashable Score 3.75 😎 Cool Factor 3.0 📘Learning Curve 5.0 💪Performance 3.5 💵Bang for the Buck 3.0 More about Work From Home, Culture, and Work Life
Curable is a helpful tool in your chronic pain treatment arsenal 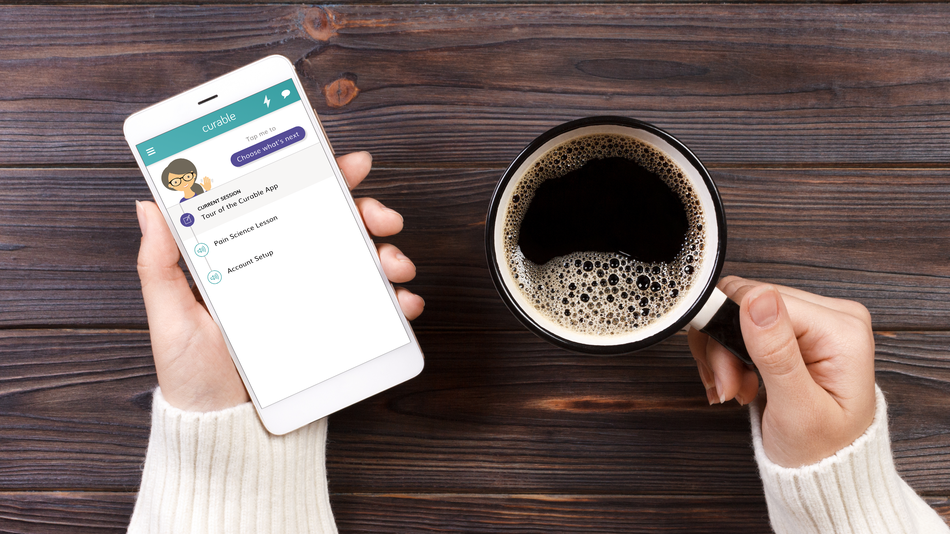 The information contained in this article is not a substitute for, or alternative to information from a healthcare practitioner. Please consult a healthcare professional before using any product and check your local laws before making any purchasing decisions. In the throes of my pelvic pain, I would've dropkicked anyone who told me that it's "all in my head."  But what if there's some truth to that? I'm not saying my pain or anyone else's is at all fake or "made up." With the amount of money and energy I've spent coping with my pelvic pain (and writing about it!), it's as real as anything else I've ever experienced. Read more...More about Apps, Health, Reviews, Mental Health, and Chronic Pain