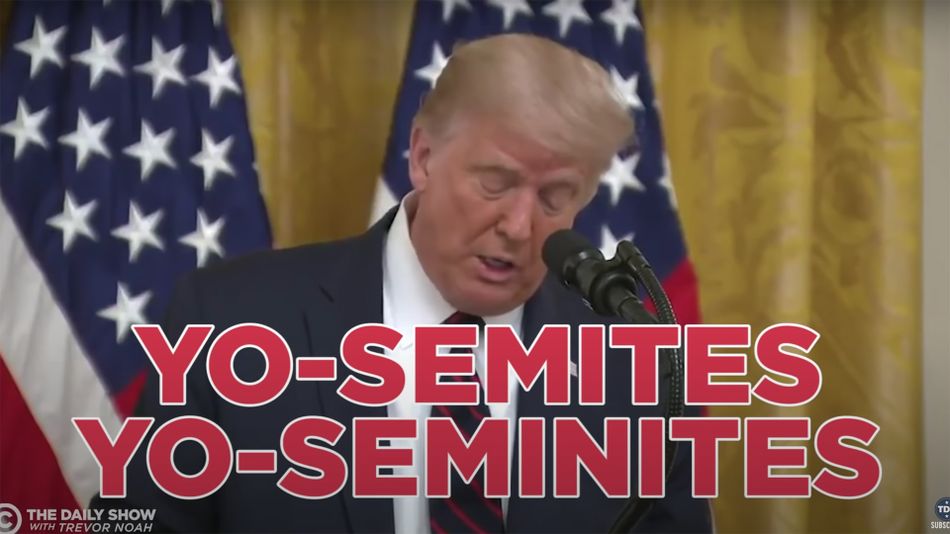 It probably won't surprise you to learn that Fox News spends a fair bit of time bashing Joe Biden, with his "gaffes," "trouble reading" and "trouble getting through the words" regularly coming up as talking points on the network. But as The Daily Show highlighted in a new montage, there's more wordplay afoot than Biden's. In the clip above, Biden criticisms from Fox News hosts and contributors are cut together with the many clips of Donald Trump stumbling over his words, starting with his recent failure to pronounce "Yosemite" when talking about America's national parks. The phrase "people in glass houses shouldn't throw stones" comes to mind. Read more...More about Fox News, Donald Trump, The Daily Show, Entertainment, and Movies Tv Shows
» More News

Watch SpaceX’s stunning Starship prototype ‘hop’ test flight and landing
SpaceX achieved a big win in their Starship spacecraft development program on Tuesday evening, flying the SN5 prototype of that future vehicle to a height of around 500 feet, propelled by a single Raptor engine. The test, which took place at SpaceX’s rocket development and testing facility in Boca Chica, Texas, marks the first time […]
» More News

How to Enable Third-party Cookies in Google Chrome
The newer versions of Google Chrome block third-party cookies by default. Cookies are considered "bad" as they are mostly used for tracking users on the Internet but some cookies serve a useful purpose as well. For instance, a GSuite add-on may…
» More News

Mi Browser Pro, Xiaomi’s Built-in Browser on MIUI Banned by the Indian Government
The Indian government has banned Mi Browser Pro, the default browser app that comes pre-loaded on Mi, Redmi and Poco phones with immediate effect. The company is in talks with the government to get the app back on Play Store.
» More News

How to Lazy Load Images Easily